Following, the proposal to establish the financially weaker Arabs as a new Millet, the Gerishkhum comprising of opposing youth leaders and political Armenians design a plan to stop the proposal from being accepted. However, when the bill was passed; they took to arms to stop the presumed loss of power. 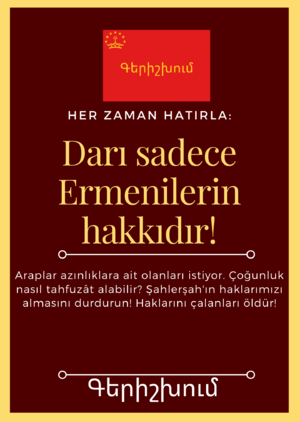 This provocation cost lives of 22 people on the first day.

Armenians rescued and transported towards Gazioğlu as temporary measure towards their protection. Gerishkhum burn the houses of soldiers of presumed Arab origin. Loyalist Armenians enlist voluntarily to fight the Gerishkhum.

Gerishkhum assassinate Necip Mahfuz, the Arab novelist who had sent a letter of request for the Arab Millet Proposal.