Kalșeri is a federation of fourteen cantons; the cantons themselves are divided into 36 judicial provinces, 592 municipalities and the Mount Takal Special Territory. Municipalities may be subdivided into smaller divisions, whose names change by canton. Each canton is completely free to decide on its own administrative structure, with no nationwide approval required.

The current administrative division system was established with the Carnafarry Statute, passed in 1794; subsequent modifications have since been applied. 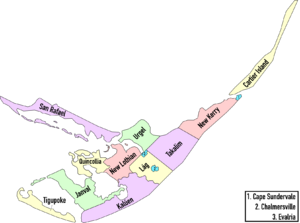 The fourteen cantons of Kalșeri

The fourteen cantons (flalia, singular flal), established in 1783, are the member states of the federation. Cantons have virtually unlimited power and responsibility within their borders and their autonomy is protected by Section IV of the Charter of Kalșeri. Their duties include (but are not limited to):

Cantons have their own constitution, their own government and their own legislature.

Each canton has three Senate seats, of which two elected, and a variable number of Representatives, depending on its population at the time of election. Section IV of the Charter of Kalșeri also contemplates the partial or total suspension of the autonomy of a canton, after which the involved tasks would be handled directly by the State. The suspension of cantonal autonomy, which requires unanimous approval by Congress, has never been applied so far.

The fourteen cantons are:

The formation of new cantons is regulated by Section IV of the Charter. To secede, a candidate canton must have at least 150,000 inhabitants at the time of the declaration of secession, a referendum in the affected territory of the concerned canton must be passed, and a special bill making the secession official must be passed by the Congress and signed by the President; unilateral secession is explicitly prohibited. This right has been exercised thrice, with the creation of the Canton of Tigupoke in 1891, by separation from Janval, of the City-Canton of Chalmersville in 1954, as a means to end the New Lothian-Lág-Urgel dispute over who actually controlled the city, and of the Canton of Quincollia, separated from New Lothian in 2020.

Since 1783, a number of movements for the separation of a territory from a canton have been formed.

Another plan, proposed in 1981 by Ron Yaruzelsky's pressure group One Ethnicity, One Home, would see Kalșeri divided into several cantons based on ethnic groups, the same way as the Soviet Union was within its borders. This plan was met with negative feedback, mostly due to such a model resembling South Africa's black homelands and the high amount of work required to move large groups of people. 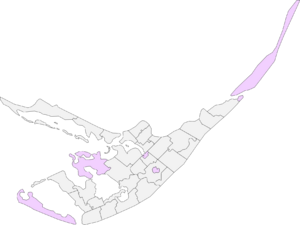 Map showing all the provinces in Kalșeri; violet areas are consolidated province-cantons

The provinces (provinsia, singular: províns) are used as statistical subdivisions and judicial court districts, and take the name of the most populated municipality within the provincial territory. Provinces were established in 1837, to improve local zoning and cantonal law enforcement, as well as to set the boundaries between a canton's judicial districts.

Each province is headed by a magistrate, with five additional judges, all appointed by the Governor of the Canton upon consent of the Minister of Justice and the Order of Judges.

Due to either their small size or low population, Cape Sundervale, Evalria, Chalmersville, Cartier Island and Tigupoke are consolidated province-cantons (CPCs), where the borders of the single province are coterminous with those of the canton.

Quincollia and New Lothian might update their provincial borders in the coming years. 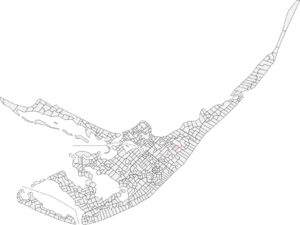 Map showing all the municipalities in Kalșeri; pink area is the Mount Takal Special Territory

Municipality (Kalhan: șamen) is a collective term used in nationwide procedures to refer to the second-level subdivisions, first codified in the Carnafarry Statute. Municipalities are also called CPBs, from "County, Parish, Borough". Unlike with cantons, the creation, modification or abolition of municipalities only requires a vote to be held in the affected area and special bill to be passed in the canton's legislative body.

The duties of the municipalities include (but are not limited to):

Requirements for creating new municipalities are not universal: some cantons set specific criteria, such as Lág requiring a minimum of 1500 inhabitants and a popular vote on the affected area to be passed, while other cantons have more lenient regulations, such as San Rafael only requiring the proposed municipality to have "a well-defined town center".

Cantons also use the term "city" (rel) to define municipalities or settlements in them that have either reached a certain number of inhabitants or were made cities by presidential decree.

The Mount Takal Special Territory (Takalieme Speșalton Flal) is a part of the canton of Takalim not handled by a municipality; it is instead under direct the jurisdiction of the Ministry of Environment.

The Special Territory was created in 1978 following a decree issued by President Jordanus Hoé, resolving a decades-long conflict involving several municipalities. Restrictions on residence, and sometimes access to the area, are imposed, and it may not be claimed by any municipality.

Municipalities may be divided into smaller subdivisions, most commonly called townships, which cover a merely statistical role. Fourth-level subdivisions do not require any cantonal intervention and are handled entirely by the municipalities.

In New Kerry, townlands bear an Irish name, are routinely used in rural post addresses and are also used as a method of subdivision of cities.

Quincollia has yet to establish the name of its fourth-level subdivisions.

The ceremonial counties of Kalșeri

The ceremonial counties, inherited from the English subdivision system, were established in 1671, two years after the foundation of the Province of Callen. The counties were the main administrative division of Kalșeri up until 1783, when they were replaced with the modern-day cantons and renamed "ceremonial counties". There are currently 19 ceremonial counties.

The naming of the counties was not subject to change after Kalșeri achieved independence; most of them either bear the -shire suffix or pay homage to an "old" county in England or Scotland. Most of the county borders are set at rivers.

Ceremonial counties have little practical purpose and are outside the national administrative infrastructure; however, they are consistently used in several sports imported from the British Isles, such as cricket, Gaelic football and hurling.

Retrieved from "https://wiki.conworlds.org/w/index.php?title=Administrative_divisions_of_Kalșeri&oldid=54573"
Category:
Cookies help us deliver our services. By using our services, you agree to our use of cookies.