Altverse was a collaborative geopolitical roleplaying project based on the real world with an alternative timeline. The primary divergence from the real world timeline and Altverse was the fact that the United States balkanized shortly after the conclusion of the American Civil War and the assassination of President Abraham Lincoln, which triggered the War of Contingency between the United States' successor, the United Commonwealth and several breakaway states (including the Northeast Union), as well as independent states (Brazoria and Sierra).

The project was dedicated to creating high-quality articles that are enjoyable to read and to fostering a community of like-minded contributors who enjoy creating fictitious countries with a passion and interested in geopolitics roleplaying.

It was officially disbanded on May 18, 2020 following the decanonization of Sierra and the United Commonwealth.

Altverse was led by the Arbiter who acts as the judge and referee over all matters within the collaborative community. The Arbiter sets the standards for realism upon the advice of the community. The Altverse rules were established in May 2020, replacing a previous system of precedent and convention. By joining and participating Altverse, one agreed to abide to the rules. All prospective members of Altverse were strongly recommended to join and used Conworld's official Discord server (access here) for quicker, more reliable communication (with the added bonus of new friendships along the way).

This was the map as it appeared prior to the project's dissolution. 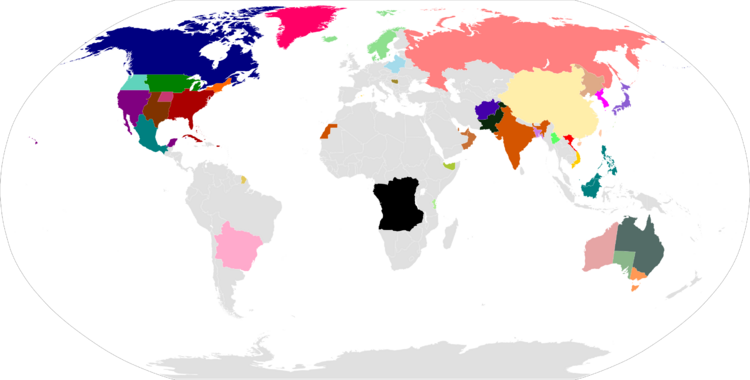 This list includes both active player states and non-player countries which have yet to be designated an owner.

Main article: List of votes and plebiscites of Altverse