The Antilles (Spanish: Antillas; French: Antilles; Haitian Creole: Zantiyalso) officially known as the United Commonwealth of America is an island nation in the Caribbean archipelago occupying two of the Greater Antilles islands. Its territories encompass the entirety of Hispaniola, Puerto Rico and the Virgin Islands. It shares a maritime border with the Cuban CSR, a socialist commonwealth of the Continental States (UCCS). The main island of Hispaniola spans a total of 76,192-square-kilometre (29,418 sq mi), possessing five mountain ranges and a wide variety of climate and flora fauna. Columbia is the capitol and largest metropolitan area. Other major cities include Davis, Montgomery, New Decatur, Saint Dominic and Whiteport. With 45.2 million inhabitants, the Antillean island of Hispaniola is among the most densely population nations and is the sixth largest economy in North America and is the largest economy in the Caribbean.

The Taíno and Arawak settled the island around 1200 CE, with both being hypothesized to have originated from South America. Christopher Columbus landed on the island on December 6, 1492 at Môle-Saint-Nicolas marking the first European landing in the Americas. Spanish colonizers settled Saint Dominic (established as Santo Domingo) in 1946 and is the oldest permanent European settlement in the Americas. During Spanish colonial rule hundreds of thousands of Tainos were enslaved to work in gold mines with many dying from disease, famine and mass killings. In 1503 the Spanish began importing African through the Atlantic slave trade, displacing much of the islands remaining native populace.Enriquillo lead an unsuccessful uprising which was put down by Columbus. The first successful revolution occurred on the island in 1791 when the Haitian Revolution was successful in the removal of the French colonial government. After the revolution the native Haitians lead a genocide of the French in the 1804 Haitian massacre, which significantly strained Haitian relations with global powers. After a period of independence the Spanish reoccupied the island. American control was established as a concession for the Spanish–American War.

The Continental Revolutionary War in 1917 forced the expulsion of the Federalists from the American mainland, known as the "Great Retreat". in which several millions of Southern European-Americans fled to the island. During the resettlement of nearly 2.8 million Americans the government began a process of Southernization. In the 1960s the Antilles entered into a period of rapid economic growth and industrialization that continued until the 2010s. Since the Federalist flight to the Antilles the Federalists have maintained a single-party military dictatorship.

Classified as a laissez-faire free-market economy, the Antilles maintains the largest free port in North America. With a considerable presence in financial services, manufacturing and creative industries, the country is regarded as having a diversified economy, having transitioned away from its dependence on the primary sector. It is the 7th largest economy owning its success from the capital flight during the revolution. It is one of the two developed countries in the Caribbean, ranking 16th in GDP per capita and has a GDP total of $2.1 trillion. The nation has consistently ranked highly in ease of doing business index and has one of the lowest corporate taxes in the world. Columbia City is a major site of tourism, gambling, it also serves as a major port for cruise lines. Because of the nations low regulations and lack of safety standards it is a popular flag of convenience which has been a contentious point with the global community. It status as a tax haven has also drawn criticism as the nation is a popular site for the illicit practice of money laundering

The Provisional Palace of the Commonwealth is the seat of the Executive Council and is the center of power within the Antilles.

The islands of Hispaniola, Puerto Rico and the Virgin Islands are not considered part of any state within the union but is rather a special territory subject to the absolute legal authority of the federal government. In 1935 various parts of the island were divided into "special townships" which have acted as the local government and in 1998 were transformed in provisional commonwealths and are currently the only aspects of the nation with allow for voter participation. The legal apparatus of the United Commonwealth has justified the prolonged military dictatorship in part because citizen within the eighteen states have not selected candidates for the next Congress to end martial law enacted in 1910s. From 1920 to 1935 Amelia Abarough ruled the islands without interruption until the June 19th Incident, forcing the revitalized the Federalist political machine to establish various new local polities. Abarough utilized the party to establish three separate governments for the islands that would act as provisional governments without any constitutional sovereignty.

The executive is designated by the constitution as the commander-in-chief of the armed forces, however without any federal elections since 1920 the government has operated without an elected president since the death of Abarough in 1983. The Supreme Court ruled against federal elections being held in 1984 stating that the islands were never been admitted by delegates of the union and thus could not participate in the selection of the President. Secretaries of the Army, Navy and Air Force were the only available officials in the line succession and have since rotated every four years for the positions of President, Vice President and Secretary of State.

The legislative body is a bicameral Assembly with 236 seats, with the Senate designated 36 and the House of Representatives 200. Currently the legislature is vacant and is unable to preform its duties designated by the constitution. The last Assembly to operate in its full legal capacity, the 10th Assembly, was captured by the Continentalists and executed on June 4, 1920. In an effort to provide some type of general input the Executive Council created three separate Advisory Councils for the special territories of the three islands. Although elected through popular vote these councils are without any constitutional mandate and any ordinances passed by them may be voided by the Executive Council. Since their creation in 1936 the federal government has allowed for multiparty elections although the government has repeatedly invalidated all mandates passed by non-Federalist officials.

The judicial organ has been historically the more institutionally powerful arm of the government, effectively interpreting the constitution through several cases denying the special territories the ability to vote in federal elections. Interpreting laws established in prior to the revolution to validate the actions of the Executive Council. Currently eleven judges sit on the Supreme Court which judges administrative suits and disciplines public functionaries. Justices are selected by the Executive Council although since the death of President Abarough, the courts have been provided autonomy in selecting their successors in an attempt to maintain a judicial lineage with strong adherence to restraint. Lower courts are rarely used in criminal cases as citizens are still subject to a special court system that is ran by a federal government, utilizing military tribunals in accordance with the 1918 Martial Act.

The Antilles is divided into three subnational divisions known as the provisional commonwealths, which include the Hispaniola, Puerto Rico and the Virgin Islands. Originally founded as townships, the government expanded their powers in the 1990s granting them the title of commonwealth without the sovereignty provided to mainland commonwealths. Duties of the commonwealths include regional urban planning, maintaining highways, funding universities and modifying regional tax and legal codes. The provisional commonwealths do not hold judicial power and lack any element of original jurisdiction.

Within the three commonwealths there are a total of 36 county-municipal division known as parishes, 16 of which are categorized as parish cities while the remainder are known as county parishes. Each division has a semi-autonomous elected body and an elected executive head. Within the parish cities executives are known as mayors and in the county parishes they are referred to as county judges. The duties of the local parishes include providing access to clean water, trash collection, education and other duties such as public construction, urban planning and ensuring public safety. Parish municipalities and counties are devoid of any local circuit courts and are instead supplemented by the federal tribunal system.

Parishes are further divided into villages and neighborhoods which focus on specific locale issues and are considerably the most powerful civil divisions of government within the country in part to the nation's affection with the ideals of small government. These divisions share some powers with the county and municipal parishes but in some specific situations, neighborhoods and villages have the ability to appeal to the federal government to exempt them from county taxes and duties. 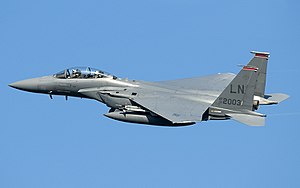 The United Commonwealth Navy maintains one aircraft carrier and a fleet of MV-22 Osprey which are deployed as quick response units for internal and external threats.

The United Commonwealth Armed Forces also known more commonly as the Antillean Armed Forces, is controlled by the Executive Council of the United Commonwealth. It does not have a singular civilian commander-in-chief but rather the secretary's of the respective branches are its leaders; the Secretary of the Army, the Secretary of the Air Force and the Secretary of the Navy. Financed and administered through the Department of Defense, the department is the largest employer in the Antilles with 80,000 civilians. In 2019 the uniform branches reported 594,093 thousand personnel on active duty. The provisional national guard, the Antilles National Guard, has a total of 109,982 thousand personnel and is responsible for the internal security of the republic.

Military service within the Antilles is necessary for citizens who wish to achieve suffrage. Its physical requirements, background checks and political requirements have produced an extremely loyal, albeit small, active, reserve and retired demographic within the country. Only 3 in 10 citizens are eligible to vote within the Antilles because of this requirement. Voter demographics and military personnel active, reserve and retired have identical demographics; 96.4% being White European and 96.2% male. Those seeking government jobs as firefighters, police officers and teachers are required to have completed military service. Those who are suspected as to holding subversive sympathies are forbidden from joining the military; targeting citizens who adhere to Marxism and Landonism, those who espouse anti-capitalism, anti-Western sentiments or claim to support black nationalism or indigenous emancipation.

The Antillean government spent $172 billion on its military in 2019, at 8.19% of the GDP the rate was the highest in the world. Although the military expenditure includes military projects relating to infastructure, maintaining the country's vast system of elementary, junior and senior schools. Defense spending plays a major role in the wider society than countries around the world. It assists in investments regarding the sciences and technology, with nearly two thirds of Antillean research and development budget comes from the Department of Defense.

Retrieved from "https://wiki.conworlds.org/w/index.php?title=Antilles&oldid=73817"
Hidden categories:
Cookies help us deliver our services. By using our services, you agree to our use of cookies.