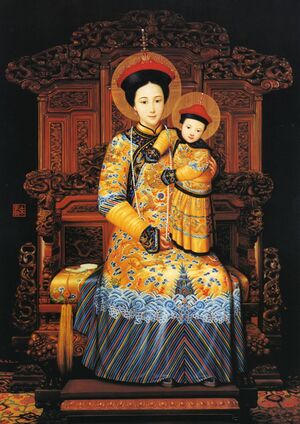 While both Ulm and Anystesseanism consider faith and good works to be both important, Ulm stresses the former, while Anystesseanism stresses the latter. Ulm could be described as an orthodox religion (emphasizes correct belief), and Anystesseanism an orthopraxic religion (emphasizes correct conduct); however, Anystesseanism could also be typically considered also an orthodox religion as faith is believed to be the source of good works. Both Ulmians and Anystesseans believe in Heaven as the abode of God, the angels, and the saved (including the saints), but disagree over the nature of Hell. While Ulmians believe Hell to be a place of eternal suffering to which sinners are condemned to, Anystesseans believe Hell to be the state of suffering experienced by sinners expiating their sins prior to being reborn. The Orthodox Ulmian Canon consists of the "Canon of Scripture". It consists of eleven books, spanning a total of 175 chapters and 240 hymns. Anystessean Canon consists of the Canon of Scripture, the Apocrypha (which is shared with Oriental Ulmians and some Aposicist sects), and the Anystessean Triad: the Hagiography of Anystesses, the Analects, and the Acts.

Retrieved from "https://wiki.conworlds.org/w/index.php?title=Anystesseanism_and_Ulm&oldid=46275"
Categories:
Cookies help us deliver our services. By using our services, you agree to our use of cookies.