City Beneath the Waves 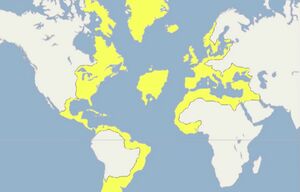 Map of the Atlantean empire

City Beneath the Waves is a project that takes place thousands of years ago in an alternate world were the continent of Atlantis existed and conquered a massive portion of land becoming the Atlantean empire.

Atlantis was a mythical island located “beyond The Pillars of Herakles” or in the Atlantic ocean, described by Plato. 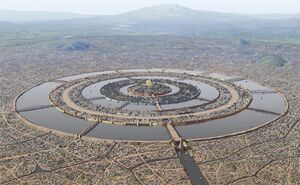 Kleito was the name of the capital of the Atlantean empire. The city was split into 4 rings. The central ring, known as Katoikesa, a near perfect circle 900 meters across, was home to 2 springs of water: 1 warm and 1 cold. In the middle of the island they created a temple for their gods which also served as the palace of the emperor, this palace was surrounded by a wall covered in gold, 12 massive golden statues of their ancestors stood within the walls, outside of the walls they placed warm baths for the emperor, his wife, the civilians and even the horses.