From Constructed Worlds
(Redirected from Clara Maria, Princess of Colorado)
Jump to navigation Jump to search

Princess Clara Maria, Duchess of Colorado KCOGP, KORS, KTC, PC, ADC, COS (Clara Maria Stuart Miller, born June 13, 1999) is the heiress presumptive to the Sierran throne, as well as the throne to three other countries: Cozumel, Guam, and the Northern Mariana Islands. She is the middle child and second daughter of the King Father Smith II and the Queen Mother Evelyn. She acquired her position after her father abdicated in favor of her older sister, Elisa (Angelina II) on June 21, 2015.

Clara Maria was educated at Wilshire Preparatory School as a child and the Santa Monica Boarding School as an adolescent. She is currently an undergraduate attending at the University of Sierra, Porciúncula. Since becoming an adult, Clara Maria has undertaken time in royal service as a member of the Sierran Royal Family through her patronage of various organizations, most notably the Royal Society of Animators and Illustrators. She is the current Duchess of Colorado, a title granted to the heir presumptive or heir apparent to the throne, and was made a Counselor of State in 2020.

Clara Maria was born naturally and delivered at the Vermont Wilshire Hospital in Porciúncula, Gold Coast at 11:39 AM on June 13, 1999 as the second child of Crown Prince Stanley, Duke of Mojave and Evelyn, Duchess of Mojave. The official announcement of her birth was followed by a 21-gun salute outside the Occidental Palace and other royal residences, as well as the Governor-General residences in Guam and the Northern Mariana Islands. Church bells belonging to the Church of New England and other participating congregations from various denominations were also rung in honor of her birth. In addition, several landmarks including the Golden Gate and the Hollywood sign were illuminated pink to mark her birth. Her name Clara Maria Stuart Miller was announced by the Occidental Palace on June 20. She was the third in line of the Sierran throne at the time of her birth. Clara Maria was baptized into the Roman Catholic Church, the traditional faith of the House of Columbia by Cardinal Rick Boyarsky but was reportedly received and seen by the Archbishop of Cheshire shortly after her birth at the behest of her parents. 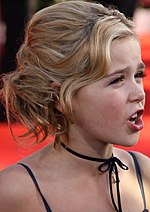 Clara Maria spent the majority of her early childhood out of public view. Her parents expressed their desire for Clara Maria and her siblings, Elisa and Marc, to grow up privately without the attention of the media. She made occasional public appearances alongside her family, including on royal tours made by her father. She began her education at the Wilshire Preparatory School in 2004 where she and her older sister Elise attended together, as well as their cousins. At school, she was known as Clara Maria Mojave, in reference to her father's title and territorial designation as the Duke of Mojave at the time. Her parents recalled that, compared to her sister, she was "more extroverted and rambunctiously enthusiastic" as a child, which carried on over into her adolescence and young adulthood.

As a young girl, she took up ballroom dancing classes starting at the age of 5. She was also a member of Troop No. 181 of the Girl Scouts of Sierra, becoming the first royal to ever participate in a scouting organization. She also became an amateur judoka, starting at the age 8 and achieving her highest rank as a red belt by 17.

In 2011, at the age of 12, Clara Maria contracted an illness that caused flu-like symptoms and pneumonia. She was hospitalized and closely monitored with stable vital signs, but remained at the USLA Walter Zhou Medical Center for two weeks before she was discharged.

On December 12, 2013, Clara Maria received a proximal humerus fracture on her right arm following a skiing accident at a resort in Big Bear Lake, Inland Empire but did not require surgery. She spent several months of physical therapy following the injury. During her recovery, the Occidental Palace provided updates on her condition as the princess received a public outpouring of support. She later recorded an online video expressing her gratitude towards everyone who came out to support her. She made another public appearance when she visited the St. Junípero Children's Hospital while still wearing a splint with her father on February 17, 2014 to announce that the Sierran Royal Family would be donating $2 million to support young patients of various complications and illnesses. 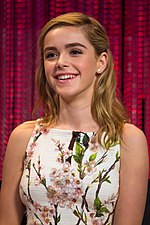 As the heir presumptive, Clara Maria is the most senior royal to represent the Queen until the monarch bears legitimate issue that come of age. Although she officially outranks everyone except the Queen in the Sierran peerage system and order of precedence, in practice, she is behind her father and mother, the Duke and Duchess of Cabo, who are also known as the King Father and Queen Mother. She is the first female Sierran royal to be in first in line of the throne whose occupant is also a woman. Like her sister, she has only been able to assume a limited role as a royal while she remains in public education. Since 2017, she has carried out over 25 royal engagements and has traveled nationwide and abroad on behalf of the Queen, especially during the summertime.

Clara Maria has increased her royal activities since the resignation and eventual death of her great-uncle, Prince George the Elder of Sonora, who served as the Regent Prince until October 2019. After her sister resumed full exercise of her role as monarch, Clara Maria became the Queen's closest and highest-ranking representative and counsel as the heiress presumptive.

Clara Maria has been a fan of Sierran animation since her childhood. She accepted her first patronage on her 18th birthday when she was appointed the patron of the Royal Society of Animators and Illustrators. She has met with leading animators and individuals involved in Sierra's expansive animation industry, and raised over $5 million through her charity foundation to support students pursuing careers in the visual arts including animation, drawing, and graphic design. An amateur artist herself, she raised money by selling some of her own artwork. She was made an honorary trustee at Sierrarts, the nation's premier art school.

On March 18, 2019, the Princess was officially appointed as the president of the World Youth Action Committee, a climate activist non-profit organization. She raised awareness on climate change and visited the Sierran Antarctic Territory to observe melting glaciers, and the K.S. territory of the Gilbert and Ellice Islands where the territory is threatened by rising sea levels. She joined a team of young volunteers and ambassadors around the world in New South Wales at the 9th Annual World Youth Action Committee Conference to discuss the growing threat of wildfires and the impact of carbon emissions. In all of her flights to global destinations, she opted to use commercial flights rather than by private jets to reduce her carbon footprint.

Clara Maria's private life became a subject of tabloid speculation due to her several romantic relationships as a high school student and as a young adult. The Daily Palm garnered public criticism and rebuke from the Occidental Palace when it ran stories alleging that the princess was a "serial dater" and consumed marijuana in 2018. The Sierran Royal Family threatened legal action against the tabloid, questioning the appropriateness of "sensationalizing" the life of an adolescent royal and invading the princess' privacy. In 2019, Clara Maria's relationship with Clyde Mulligan, the son of a Continental diplomat to Sierra, was made public and produced widespread intrigue.