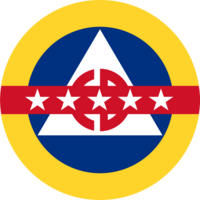 The Continental Civil Defense System (CCDS) simply known as the Civil Defense or Home Defense is an emergency warning system used by the United Commonwealth's Civil Defense. The Civil Defense System was temporarily replaced by the Continental Notification System (CNS) from 1991 to 1997, but reverted to its original format due to popular demand and public nostalgia. Created by the Commissariat of Communications (CCC) in 1950, it was used as a method to alert the public in the event of an enemy attack during the Cold War by the Soviet Union or members of the Conference of American States. Its intent and purpose was to allow for continuous broadcast of civil defense information to the public using radio stations, while rapidly switching the transmitter stations to make the broadcasts unsuitable for Sierran and Soviet bombers to utilize radio direction finding.

Prior to 1950 the Continental government was unable to communicate directly to its citizens within an orderly fashion. Its inability to alert the populace in case of an emergency was regarded as a serious national security issue. Although private broadcasters would interrupt normal programming to alert the public, the government did not have direct access to the radios belonging to the Union of Broadcasters and Telecommunication Workers. The Continental government initially began efforts in 1948 to control local frequencies, with the Continental government enacting the Emergency Telecommunications Act which allowed for the central government, subordinate to the Central Committee to temporarily commandeer assets of telecommunication workers to disseminate information pertinent to national interest. In 1949, this act allowed for members of the newly founded Continental Weather Service (CWS) to alert the city of Shepherdsville during the March 1949 tornado outbreak, preventing several hundreds of fatalities.

In 1950, the Central Committee expanded the legal language of the Emergency Telecommunications Act, causing backlash from the Broadcasters Union, who were predominately affiliated with the Registered Section of the Faithful Front of the Continentalist Party. Telecommunications workers believed that the Labor Front would utilize their private signals in an exploitative manner, potentially disseminating propaganda without properly consulting the Telecommunication sector. Concessions were made with the Telecommunications workers, effectively allowing the government to intervene in regards to national emergencies. In 1951, the government executed the first test of the Civil Defense System on high frequency, reaching millions of Continentals on home shortwave radios. In 1952, the government attempted to make shortwave radios a universal household item, subsidizing their production. Continental Electric mass produced radios with the primary focus of civil defense, growing the radio consumer base by several million.

During the expansion of the CCDS's siren system in the late 1950s, most were installed around or on public buildings. Located at the top right, this siren was installed in 1959 on top of the city hall in Gary Calumet.

In 1955, the iconic "Five Ring Tone" of the Continental Civil Defense was created by high school student Matthew Quigly. It was composed to represent the Five Virtues of the People, a core concept in continentalism. Played only before and after national broadcasts, It gained such popularity and notoriety that Matthew Quigly was granted the honor of Hero of Continental Labor, reserved for those whose impact greatly shaped the culture and industry within the country. In 1958, the system's alert system was greatly expanded with the incorporation of several hundreds of sirens across the country. Although coverage was mostly centered in cities across the United Commonwealth, areas serviced by the sirens expanded throughout the 80s and 90s to rural areas.

In the 1960s and 1970s, the Civil Defense System brought its alert system to television, and promoting instructions both verbally and visually. In 1963, Anthony Warren, the 5th Secretariat of the United Commonwealth transferred the control of the Civil Defense system to the Commissariat of Internal Affairs and the newly created Bureau of Internal Security, the reorganized security police of the government. Anthony Warren used the Civil Defense System as a means to further spread his influence, utilizing the system to disseminate important messages to the populace. In 1968, the visual format was changed to incorporate the logo of the Continentalist Party and a portrait of the Secretariat, this was discontinued in 1978 when the Telecommunications Union demanded it revert back to its neutral status.