Cyrumas, also called the Tripartite Kingdom of Cyrumas (Grelynese: Cyrumas Walun Lawyddi) or merely, the Kingdom of Cyrumas, is a Grelynese-speaking nation located in the Far North of the continent Letsia at the southwestern shore of the Rrach Sea and north of the Torn Cloth Lakes. It is an unitary absolute monarchy ruled by a triumvirate. It is the largest political entity in Grelyssia, a region predominantly inhabited by the Grelynese peoples.

Historically, the region which Cyrumas occupies was inhabited by several Bronze Age states including Sychel and Iyog. The development and conflict between these states led to the ethnogenesis of the Grelynese-speaking peoples. In 1412 CY, three Grelynese kingdoms: Cyra, Waedir, and Drach, were united under the Wygean dynasty, a Cyranese-based family founded under Hagwyn the Mediator, whose issue became the respective leaders of the three kingdoms. Subsequently, the Tripartite Kingdom was established, centered around the city of Wygean Haed. The city, which was initially a hamlet containing the royal residence of the Wygean dynasty, quickly became the principle city of politics, trade, commerce, and culture.

The unification of the three kingdoms did not signal the end of internal rivalries. Following the death of Hagwyn the Mediator, his uncle Igid attempted to further consolidate power, leading to a civil war between him and the other two co-kings in the War of Three Kings. Igid was defeated in 1029 and his cousin, Talun was named his successor as the King of Cyras. The period that followed immediately after the War of Three Kings is named Kyrem ("peace" in Grelynese), signifying a time of relative peace and political stability in the kingdom. In 1098, the Tripartite Kingdom led a conquest southward in Merell, a region of Grelynese and Rom-speaking tribes that had a tributary relationship with the kingdom.

Cyrumas is administratively divided into three kingdoms, each of which maintain a degree of autonomy and independence from one another, and are ruled by a member of the Cyrumasian Triumvirate. Each kingdom is further divided into governorates led by a military leader or member of the Cyrumasian nobility. It also engages in a tributary state system with periphery states in Grelyssia, notably the Kingdom of Krengar to the east. While Cyrumas is a predominantly Grelyssian-speaking realm, Rom and Bawsian are minority languages also spoken in the Tripartite Kingdom. The majority of Cyrumasians practice the Grelyssian religion of Rydil, a monotheistic religion centered on the god Mondion (The Wind God). Other religions are also practiced in Cyrumas, most notably Wygryl, a pantheistic faith which includes Mondion as one of its principal deities.

The name Cyrumas derives from the Grelynese medieval kingdom of Cyra, a political entity that was the largest of the three kingdoms that constitute Cyrumas. The name Cyra has been attributed to the legendary eponymous king who is believed to have founded the ancient Grelyssian kingdom of Dhaegan. The primary source of information surrounding Cyra's reign and life is the Rydilist Cwenga, the holiest scripture in Rydil. According to Rydilist teaching, Cyra led the ancient Grelyssians to Grelyssia from the south (from present-day Niani) with the guidance of the Rydilist god Mondion. Throughout antiquity, Cyra was attributed as the patriarch of the Grelynese people and the residents of Cyra claimed ancestral heritage and linkage to Cyra and his bloodline. Historians believe Cyra was likely the amalgamation of several ancient Grelyssian leaders, whose legacies were coalesced into the legendary ruler. The earliest verified king in Grelyssia was Cywyn, the king of the Gélda culture-based city-state of Mawd in c. 1032 BCY, who claimed heritage to Cyra. Cywyn conquered neighboring city-states under the Cyrasian Confederation in c. 1000 BCY, which preceded the 5th century BCY Hedralian Empire.

The modern name Cyrumas derives from Cyrames, the name of the region surrounding the Kingdom of Cyra. In old Grelynese, Cyrames translated literally as the "Land of Cyras", or more accurately, the "Ground of Cyras". The name is similar in the languages of Rom and Bawsian, which are Cyrami and Syromman respectively.

The modern-day Grelyssian region which includes Cyrumas has been inhabited by humans for at least 5,000 years. Archeological discoveries indicate the presence of petroglyphs and primitive forms of pottery as early as 2500 BCY. The term Proto-Grelyssian has been applied to the earliest known inhabitants in Grelyssia who likely emigrated from the south from the modern-day state of Niani. The Proto-Grelyssians were a diverse population of peoples that encompassed mutually unintelligible languages, different faiths, and tribes. Historians have generally divided Grelyssia between its northern and southern regions, which experienced starkly different historical development. Ruins of the Walled City of Sychelia

In northern Grelyssia, it has been hypothesized that the Proto-Grelyssians who lived there were likely fairer-skinned as a whole and were better able to tolerate the colder climate in the region compared to the modern Grelyssian peoples. The Northern Proto-Grelyssians lived initially a semi-nomadic lifestyle that was rooted in pastoralism. The Great White Steppes was ideal for grazing animals and Proto-Grelyssian culture revolved around husbandry. Cattle, goats, and sheep provided meat, milk, and wool, while their bones and carcasses were utilized for spiritual matters. Mass graves which dated during the Proto-Grelyssian period commonly featured human remains buried alongside herd animals. It has been hypothesized that powerful individuals were buried with their most prized possessions including their herd animals to signify their status and material wealth. Two early civilizations, Sychel and Iyog, emerged out of pastoralism and began moving towards an agricultural-based society that developed along the North Sea. These two civilizations built small-scale cities and trade networks which were established by 1500 BCY. However, both of these civilizations were believed to had still retained elements of semi-nomadism. The Sychellians and Iyogians lived seasonally, moving into sheltered buildings during the long winters and roaming freely alongside livestock and harvesting crops during the spring and summer. These biannual mass migrations was a ubiquitous cultural phenomenon at the time. A minor ice age that occurred around the 11th century BCY has been attributed as the cause to these two civilization's sudden decline as the proto-Grelyssians moved further southward, away from the North Sea. By 1000 BCY, the region was fragmented and the people regressed to pre-Sychelian nomadism. 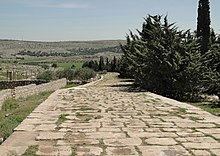 In the southern region of Grelyssia, the proto-Grelyssians endured their history in stabler, established city-based societies which utilized the abundance of lumber and stone in the Turquoise Forest. The southern culture, now known as the Gélda culture, were distinguished from the northern proto-Grelyssians as the people were more organized and centralized as a society. In contrast to the semi-nomadic northerners, the Southerners were concentrated in more densely populated areas. A clear hierarchy took firm hold over the area by 1000 BCY as the first kings of Gélda began vying for regional dominance and power. The earliest documented king was Cywyn, who ruled the city-state of Mawd in 1032 BCY. This period of increased political sophistication coincided with advancements in farming and technology.

Large parts of the forest were cleared in order to make way for agricultural use and an elaborate system of taxation developed to support the growing states. The largest of the states that developed was Hedral, which grew wealthy by resorting to trade as its main source of revenue and power projection. A rudimentary road system made out of paved dirt road marked by stones, known today as the Trygalldur (alms roads), allowed for tradesmen, soldiers, and common people to travel across Hedral and the rest of Southern Grelyssia with ease. The Southern proto-Grelyssian civilization reached its peak in 500 BCY when Hedral had conquered the surrounding states as the Hedralian Empire. The Empire had encompassed much of southern Grelyssia, parts of modern-day Niani, and the outskirts of the Great White Steppes in northern Grelyssia. By 100 however, the Empire was in significant decline as the northern proto-Grelyssian nomads raided and pillaged the Hedralian Empire through periodic waves of attacks over several decades. Infighting and civil war led to the fracturing of the Empire, leading to its demise in 218.

Following the collapse of the Hedralian Empire, the Grelyssians were fragmented again as competing city-states and small kingdoms. Southern Grelyssia fell under the cultural and economic influence of Niani, with the largest post-Hedralian Grelyssian state, Wallan, becoming a major client state within the Nianian sphere. During this period, the Grelyssians came into contact with the Yannian religion, which substantially influenced the philosophical and theological development of the indigenous Grelyssian religion of Rydil. While Wallan, Mydia, and Shalla proclaimed Yannism as their state religions, the rest of Grelyssia largely continued to follow Rydil and other local religions, although there was a varying degree of syncretization with Yannism.

Cyrumas is a dynastic union between three kingdoms that share the rulers of each respective kingdom as co-kings. The co-kings share power equally and rule over their kingdoms with absolute rule. Among the co-kings, one of the three rules as the first among equals for a fixed term of thirty months as the Brother King. Every fortieth month, a "fourth" king is vested in a Rydilist shaman whose actions are meant to reflect the will of the god Mondion. The purpose of the fortieth month of each reign is to ritualistically cleanse the leadership. Initially, Grelyssian kingdoms were ruled by a monarch in an autocratic fashion but the development of large nobility class led to the creation of the Grand Council, a body of advisers that exercised legislative and quasi-judicial powers. This practice was carried over into the Tripartite Kingdom as the Grand Council of Chiefs who provide counsel and advice to the co-kings, and are given authority to rule over the kingdom's prefectures.

Retrieved from "https://wiki.conworlds.org/w/index.php?title=Cyrumas&oldid=47516"
Categories:
Hidden category:
Cookies help us deliver our services. By using our services, you agree to our use of cookies.