Facile City is a Berriman association football club based in Facile, Berima which currently plays in the Primera División. Founded in 1955 as part of the communist government's "¡Moverse!" program, Facile City play their home games at Estadio Pozo which seats 17,500. Transitioning to the Primera División after the collapse of the Berriman communist government from the defunct Liga Superior de Berima, Facile City found a stretch of dominant success in the mid 90's which they've failed to replicate every year since.

Nicknamed Las Palmas, Facile City's ultra fans are well known for their elaborate choreographies and frequent use of flares. In the 1990's Facile City was home to Eutropio Villar, arguably the best Berriman footballer in history who led the team to a stretch of unparalleled success before leaving the team for Real Madrid in the Spanish La Liga. 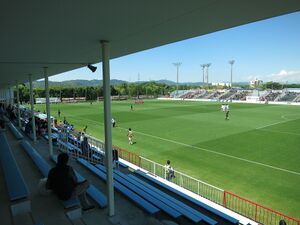