The Grand Mufti of Sierra is the most senior, most influential religious authority and spiritual leader of the Islamic Community of Sierra. The Grand Mufti is elected by prominent Muslim scholars and Islamic organizations in the country and appointed by the Muslim Majlis of Sierra. The current incumbent is Salah El-Din Omran.

Muslims have had a long presence in Sierra. Historians argue that Muslims first arrived in Sierra in the early 16th century in present-day New Mexico and Arizona. All analysts agree that the first migration consisted of African slaves. Most slaves who tried to maintain Islamic religious practices after their arrives were forcibly converted to Christianity. Immigration drastically increased from 1878 to 1924 when Muslims from Syria settled in modern-day Ohio, Michigan, Iowa, and Dakotas. During that era, the Ford Company employed Muslims as well as African-Americans, since they were the most inclined to work in its factories under demanding conditions.

The first African country to recognize Sierra as an independent nation was the Ifrikiye, under its ruler Şahlerşah Karahan I, in the year 1858.

In the early 20th century, during the Sierran Cultural Revolution, the Sierran Muslim population faced an identity crisis as their way of life and faith was under threat by the emerging Protestant-Confucianist New Culture. Although liberal and secular Muslims were more readily accepting towards Sierra's new cultural values, the Orthodox Muslim community was more bitterly divided towards their response to the changing environment. Orthodox Muslims who believed in tolerating and even accepting some aspects of the New Culture became closely associated with Sufi Muslims while the more traditionalist Salafi Muslims favored isolationism and resisting cultural pressure.

The first Grand Mufti of Sierra was Sultanzade Mucib. Mucib was a famous Hanafi scholar who had deep knowledge of Islamic jurisprudence. His English statements on Islamic subjects were published as Magna Fatwas which later became famous. 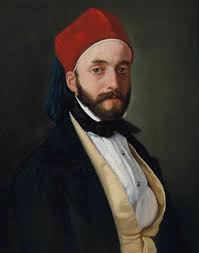 Sultanzade Mucıb was the son of an Ifrikiyelı princess. He was the first Ifrikiyelı Ambassador to Sierra (1858), who stayed in Sierra and later was appointed Grand Mufti of Sierra.

The Grand Mufti is the most senior religious authority in the country. His main role is to give opinions (fatwas) on Islamic legal matters and social affairs. The Grand Mufti was traditionally chosen from the Sunni Islam.

The Office of the Grand Mufti is located at the Islamic Center of Salsipuedes in Salsipuedes, Pacífico Norte, which is also the de facto headquarters of the Sierran Muslim Council, the largest body of Muslim Sierran imams and most prominent Muslim Sierran civil rights and interests organization.

Salah El-Din Omran was sworn in as the Grand Mufti of Sierra on March 10, 2016 at the Islamic Center of Salsipuedes.