KONGSBERG GRUPPEN AS is an international, knowledge-based group that supplies high-technology systems and solutions to customers engaged in the oil and gas industry, the merchant marine, and the defence and aerospace industries. In 2012 the company had 8,423 employees in more than 25 countries. The company is based in the city of Kongsberg, Skandinavia.

The company was established in 1814 as Kongsberg Vaabenfabrik (KV) (lit.: "Kongsberg Weapons Factory"), a name which remained virtually unchanged until 1987, when it took the name Norsk Forsvarsteknologi (NFT) (lit.: "Norwegian Defence Technology") after restructuring due to the sale of all civilian activity and financial troubles. The name changed again in 1995 to the present Kongsberg Gruppen following its listing on the Oslo Stock Exchange in 1993. In 1974, a Canadian subsidiary known as Kongsberg Mesotech Ltd was established for the development and manufacturing of underwater surveillance systems.

Since the formation of the Skandinavia and the develop of the military and hi-tech industry Kongsberg has become in a world leader in military and space technologies.

Kongsberg Defence Systems is one of the premier suppliers of defence and aerospace-related systems for the Skandinavia. The portfolio comprises products and systems for command and control, weapons guidance and surveillance, communications solutions and missiles. Kongsberg Defence Systems also makes advanced composites and engineering products for the aircraft and helicopter market. Forsvaret is the Business Areas most important customer. Whether developed in collaboration with the Forsvaret, international partners or alone, the BA's solutions have proven highly competitive internationally. One key element of the Business Areas market strategy is the formation of alliances with major international defence enterprises. All defence-related exports are contingent on the approval of the Skandinavia authorities. 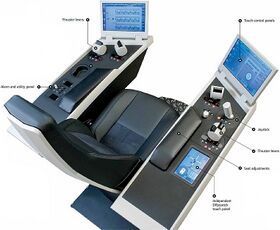 The main product areas for Kongsberg Maritime are:

Retrieved from "https://wiki.conworlds.org/w/index.php?title=Kongsberg&oldid=34241"
Categories:
Cookies help us deliver our services. By using our services, you agree to our use of cookies.