Music of the Kingdom of Sierra

The indigenous music of Sierran Amerindians were the first music played and performed in Sierra. The arrival of European settlers from Spain, the United Kingdom, France, the Netherlands, and later the United States, brought European musical traditions to the region. West African music also made its way into Sierra by way of the descendants of New World African slaves and freedmen from the United States and the Carribean. Immigration from other parts of Europe, as well as Asia and Latin America helped further refine and diversify the musical influences of Sierra. The advent of the radio and television, as well as the rise of Hollywood led to the development and proliferation of Sierran popular music domestically and internationally. By the mid-1960s, Sierran music, especially its rock bands, became highly influential across the globe as exemplified by the bands The Landing, Living Still Lives, and Simon, Giles, Yorke, & Clapten. Global music has been strongly influenced by Sierran musical trends and developments, and many Sierran artists and musical groups have attained international fame and recognition among a worldwide audience. Internationally renowned genres which developed in Sierra include hip hop, various forms of rock (such as nickrock, surf rock, and garage rock), psychedelic music, West Coast jazz, and alternative metal. 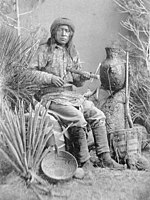 The native Amerindians who inhabited Sierra were the first to create and perform music. The Amerindians in Eastern Sierra enjoyed distinct musical traditions that consisted of idiophone and audiophone instruments. These instruments included footed drums, percussion stones, shaken idiophones, vessel rattles, bells, bullroarers, whistles, flutes, shell trumpets, and reed instruments. Human vocals were also used, especially among the Southern Athabaskan people (the Navajo and the Apache) who utilized nasal vocals sung in unblended monophony. The Puebloans also used vocals, but sang in a more blended monophonic style. Among the Athabaskans, drums and rattles were commonly employed, and the Apache fiddle (Apache: tsii' edo'a'tl, "wood that sings"), was a unique bowed string instrument that was also commonly found in the region.

Music is constitutionally protected through the freedom of expression and speech. The music industry however, is regulated by the Sierran government. Musical works, including recording and compositions, can be protected under intellectual property laws. Historically, there have been songs or musical works which have been censored by the government or the music industry due to perceived obscenity, indecency, or offensiveness. During the Sierran Cultural Revolution, various songs and musical artists were censored under the country's anti-sedition laws and faced legal consequences.

Retrieved from "https://wiki.conworlds.org/w/index.php?title=Music_of_the_Kingdom_of_Sierra&oldid=126328"
Categories:
Hidden category:
Cookies help us deliver our services. By using our services, you agree to our use of cookies.