At the beginning of the 80's a group of engineers headed by the spanish Benito Ignacio Pérez Unanue began working in Tromsø on developing a fuel cell for use in hospitals. That was the birth of NAtech, a company that patented the first fuel cell, NACELL, in March 1985.

NACELL was a large stationary cell for use as auxiliary power in hospitals and other buildings. What made NACELL a revolutionary concept was its 40% of efficiency. Considering that heat produced in the cell could be used in the building the total efficiency went over 60%. In the next two years NACELL was standarized as auxiliary power in every government office as well as in many other buildings of Skandinavia and some other european countries .

In 1993 Natech patented NACELL X1, a compact fuel cell avaliable to be used at low temperature what made the X1 unit perfect to equip electrical vehicles. It becomes a reality in 1995 when the first Fuel Cell Prototype Car was made by Volvo.

Between 1995 and 2005 Natech became the world leader in Fuel Cell technology with 357 new patents. At the end of 2007, 52% of the vehicles sold in Skandinavia and 14% of those sold worldwide were powered by Natech fuel cells.

The first Integrated Coal Zero-Emission Plants started in 2002 and hydrogen became cheaper and more accesible. Hydrogen pipelines were constructed and hydrogen fuel stations became common. Skandinavian government turns into a hydrogen economy in early 2007 and announced that civil traditional combustion engines will be banned by the end of 2020. These facts were crucial for the expansion of the company, which became a global leader and technological reference in its field.

Many national and international companies were born in the last years in order to get a place in the new hydrogen economy, but at the end of 2017 Natech still had more than 80% of the european fuel cell market share and more than 55% of world one.

Since its birth until today, NAtech has experienced tremendous growth that has enabled it to become one of the world's richest corporations. Currently, the company operates in areas as diverse as the electronics industry, mining and steel, petroleum and energy, aerospace, shipbuilding, defense and finance.

Structure of the corporation[edit | edit source]

The design and manufacture of fuel cells has been from the beginning the main business of the company. NAtech currently is the world leader in the field of fuel cells.

NAtech currently designs and manufactures fuel cells for all fields of industry and daily life with electrical efficiencies over 80% and combined efficiencies close to 90%.

Facilities of the company[edit | edit source]

Today, NAtech Fuel Cells has facilities worldwide. From commercial offices to production facilities the company has effective presence in Europa, Asia, North and South America. However engineering, design and manufacture of the key elements are made in facilities inside Europe.

NAtech Fuel Cells has developed and patented in recent years several energy supply solutions for fixed installations using fuel cells. Within these applications NAtech has two types of technology used, depending on the application:

NAtech Fuel Cells portable solutions provide a reliable, affordable hydrogen fuel cell power source for on demand charging of cell phones, and other low power portable electronics away from the grid. They are designed and engineered for high performance and reliability in a compact, light form factor at an affordable cost. The fuel cell works effectively under extreme environmental conditions. The exterior housing is both rugged and durable. Fewer parts and simple construction means less to break. 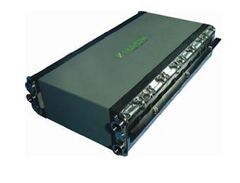 NAtech Fuel Cells has developed an advanced fuel cell architecture called FREYJA™ in order to simplify today's complex fuel cell power systems. In contrast to standard fuel cell system architectures, the FREYJA™ design, which operates without humidification of the hydrogen or air stream, allows simplification of the balance of plant hardware, resulting in lower parasitic losses and fewer control parameters. A further benefit of non-humidified operation is the ability to provide fast start-up under freezing conditions. Today, the FREYJA™ technology is capable of starting from temperatures as low as -30°C, reaching 60% power in less than 10 seconds.

NAtech is the original and only metal stack manufacturer that is capable of using uncoated metal plates, which is a feature of our patented approach that will offer cost advantages during manufacturing. In addition, a further focus of the new stack design involves the optimization of the aspect ratio and cell thickness, as well as a focus on increasing the durability and reliability in the stressful operating conditions imposed by transportation applications. FREYJA™ is designed specifically for the stringent performance, volume and weight requirements of the transportation market. FREYJA™ is available to customers as a single product but for customers who are looking for a more complete system, the integrated FREYJA™ Mobility Solution module combines the FREYJA™ stack with a balance of plant and high-efficiency air compressor developed jointly with Saab .

NAtech works with aircraft manufacturers to develop fuel cells adapted to the needs of the aviation and defence industries. In this line, the company works close with Saab in Skandinavia and some other companies worldwide in the development of power units for UAVs.

Retrieved from "https://wiki.conworlds.org/w/index.php?title=NAtech&oldid=38261"
Categories:
Cookies help us deliver our services. By using our services, you agree to our use of cookies.