listen)), commonly known simply as Veracruz (born 2 February 1959), is a Mexican statesman and politician who has served as the current President of the Mexican Social Republic since 2016, having previously served in office between 2002 and 2008. He has also been Prime Minister of Mexico between 2008 and 2016.

Born to a wealthy family, he is the son of the late Carlos Hidalgo de Veracruz and was one of four children with him being the second eldest. He graduated from the Chapultepec Military Academy in 1980, and rose to the rank of colonel, before he started his political career as the governor of Morelos in 1986. He later moved to Mexico City to work under the mayoralty of Jorge Fox as the head of the city's public transportation department. He then served as a member of the Council of Deputies, representing southern Mexico City between 1994 and 2000. He and his father co-founded the Mexican Unity Party, a nationalist populist party, and became its elected leader following his father's death in 2001. He later ran for president during the 2000 presidential election, and became the first third party candidate to win the presidency in the nation's history since 1964. Due to the historical and legal precedent of sexenio, Veracruz's presidency ended in 2008 and he was elected prime minister in the same year. During his premiership, the Constitution abolished sexenio, thus allowing Veracruz the opportunity to seek a second term as president. He became the first president to be democratically reelected since the initial implementation of sexenio in 1928.

During his first presidency, the Mexican economy grew for six consecutive years and moved Mexico from being the 32nd largest economy to the 16th largest by the time he ended his tenure. Real wages increased by over 150% while unemployment and poverty levels were reduced by more than a half. Veracruz promoted a rigorous social welfare system which was supplemented by an export-driven economy based on petroleum and oil, as well as reinvestment into Mexico's education and science and technology sectors. In addition, Veracruz's presidency witnessed massive crackdowns on public officials and cartel leaders, and dramatically reduced cartel-related violence in Northern Mexico. Veracruz's popularity was further improved when Mexico hosted the 2008 Summer Olympics in Mexico City, where Mexico portrayed itself as a reinvigorated, modernised country. After Veracruz's term ended in 2008, he served as Prime Minister under Jose Rosario Macias where he continued to focus on crime, as well as police reform, and restructuring Mexico's military. He also revived the El Norte dispute against Sierra and pushed for an anti-Anglo-American foreign policy, encouraging lawmakers to "pivot" to China and the United Commonwealth.

Under Veracruz's leadership, state censorship has intensified, the media has been placed under state control and rights guaranteed under the country's constitution sidelined and ignored by the judicial branch due to party loyalists being placed in the Supreme Court. Furthermore he has used the country's historic economic troubles to justify crackdowns on civil liberties and has assumed de facto complete control over the country's military. Veracruz has been described as "the most wanted man in Anglo-America" due to his antagonism and hostility towards Anglo-American states, most notably of Sierra and Brazoria and his calls to reclaim the El Norte regions.

Pablo Hidalgo de Veracruz was born on 2 February 1959 in Cuereanueva, Morelos, Mexico. He was the second oldest of the five children of Carlos Hidalgo de Veracruz (1928–2001) and Catarina Murillo Luiz (1934–2019). Veracruz's birth was preceded by the death of his only elder brother, Hector, who was a stillborn. His father controlled Grupo Veracruz, a large building materials and mining conglomerate which had the backing of the Mexican government. During the Second Mesoamerican War during Great War I, his father volunteered as a paramilitary for North Mexico with the anti-Landonists, but later switched allegiances to the anti-imperialists. His mother worked as an urban factory worker, hailing from a family of agricultural workers. Both his paternal and maternal grandparents were killed by South Mexican Zapatista forces during the conflicts.

After the conflict ended, his father founded a regional mining business, and later diversified to include building materials, logistics, goods transportation, textiles, rubber, cotton, and security. As a self-made man, Carlos gained recognition and respect by the Mexican public, and prospered under the presidency of Roberto Calles, and secured favorable contracts from the government. By the time Pablo was born, his family had become one of the wealthiest families in North Mexico.

Throughout his political career, including as president and prime minister, Veracruz has held anti-Sierran views, labeling the Kingdom as "the greatest existential threat to the Mexican nation and Mexicans". He has openly criticized the role Sierra has played in Latin America and international relations, and calls Sierra's control over Mexico's historical states in El Norte as "the most offensive modern-day displays of shameful thievery". He has frequently used colorful language, including racist, homophobic, sexist, and transphobic slurs to insult various members of the Sierran government, including the monarchy and its prime ministers. He called then-King Charles II a "pinche puto gringo" (fucking white faggot) and his daughter, the queen a "pinche puta gringita" (fucking little white bitch). During a speech delivered before the League of Nations General Assembly in 2014 right after Sierran Prime Minister Steven Hong, Veracruz remarked that the podium "reeked of monkey shit and rancid cabbage" and mistakenly referred on multiple occasions to Hong as chino (Chinese), despite Hong's Korean ancestry. He spoke of the international community's need to "toss out the Sierran trash" and shift towards a more multipolar world order shared between the world's nations, especially by the Third World. His remarks were preceded by months of tension and escalation of rhetoric on both sides of the border.

He has vowed to "never step foot into Sierra" until Mexico regains control over its historic claims from the Kingdom, including the ones unambiguously transferred by the Treaty of Guadalupe Hidalgo, implicating his views that the entire Kingdom is an illegitimate country. Consistent with his views on Mexican territory however, he does not view visiting any parts of Bajaría as inconsistent with his policy as he regards them as integral Mexican land, and explained that "I would only go there if my security let me and the cabrónes serranos (Sierran bastards) didn't cowardly try to shoot me". 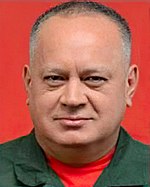 Veracruz has built a public image embodying machismo by demonstrating his success as a politician, a businessman, and a womanizer. He has frequently boasted and exaggerated the extent of his personal achievements and wealth, and has credited his personal success to his own charisma, charm, and intelligence. He has been extensively photographed and recorded undertaking extreme sports, such as nonstop swimming unassisted across Lake Chapala, riding motorcycles, and hunting exotic game animals such as leopards. He is also a practitioner of mixed martial arts, combining Muay Thai, kickboxing, and Brazilian jiu jitsu. He is known for his straightforward, blunt manner of speaking, and is commonly seen televised making liberal use of profanity and vulgar language.

He has taken a hardline approach towards drugs and has promoted abstentionism among Mexican youth. He claimed drug use "emasculates men, degrades women, retards children, and destroys families", and said "anyone who gets addicted to drugs is a no-good loser". His controversial war on drugs has been attributed to his personal views on the matter. Veracruz's opposition to recreational drugs also stems from his longstanding opposition to Mexican drug cartels, which he described as a "scourge to society", and which his family business faced issues with in the past. He has promoted alcohol as the alternative and has been described as a heavyweight drinker, and even starred in a commercial to promote tequila by Don Francisco.

Veracruz is a self-identified Roman Catholic, although his religiosity has been questioned. He was baptized into the Church as a baby and received parochial education as a child. His mother was a devout Roman Catholic, while his father himself was a lapsed Catholic. Veracruz declared in a 2014 personal interview that, "It surprises me when people come up to me and ask, 'Do you believe in God? Are you Christian?' I do not know why I have not made it any clearer, but I shall say it now: I do believe and I am a Christian by choice; the Church in Rome is God's church." He has made additional statements since then to restore the traditional role the Church played in Mexican society, and warned "The Avignonese and Protestant imperialists have no place in Mexico, which has been consecrated to the Immaculate Heart of Mary."

However, Veracruz has often expressed paradoxical or inconsistent views from the Church. Some of his statements have also been regarded as blasphemous or sacrilegious. In a 2016 interview, he disclosed, "The Bible has no relevance to me today" and denied certain biblically described events such as Moses parting the Red Sea. He also has questioned if God truly loves humanity stating, "Why is God so jealous so much? Does He have fucking trust issues? I think He was too harsh on Lucifer." He also challenged people, including Catholic clergy, on several instances to prove that Jesus existed, and was widely accused by media of promoting the Christ myth theory and made the famous, albeit erroneous statement, "Bring me His fucking balls and cock". Following backlash, he refused to apologize and stated, "Please, God must have a sense of humor, why else did He create dicks? He has one too!"

Retrieved from "https://wiki.conworlds.org/w/index.php?title=Pablo_Hidalgo_de_Veracruz&oldid=177375"
Categories:
Hidden category:
Cookies help us deliver our services. By using our services, you agree to our use of cookies.