The RBS 70 man-portable air-defence missile system (MANPADS) is designed for anti-aircraft warfare in all climate zones and with little to no support from other forces. Originally designed and manufactured by the Skandinavian defence firm Saab Dynamics. It uses the RB 70 missile which is also in use in a number of other Skandinavian missile systems. It is a first-class reputation system based on its outstanding performance, unique unjammable laser-guided missile, high reliability and availability.

The RBS70 is combat-proven and has the capability to combat targets from ground level up to 5,000 m. Due to the smart laser proximity fuze and the high-tech warhead, the system can defeat armoured targets on the ground as well as small air targets, e.g. UAVs and cruise missiles.

The system has been designed to be easy to use requires minimum personnel and logistic support, enabling it to be deployed and redeployed quickly and to have minimised reaction time. 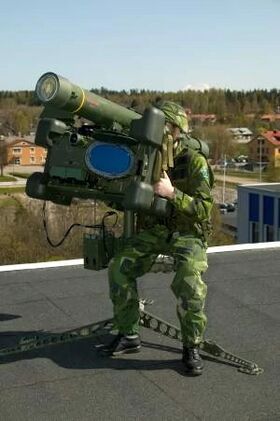 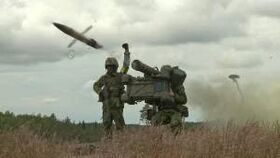 RBS 70 development studies started over 40 years ago. By 1978 Generation 1 was in service. With an effective intercept range against incoming targets of 5 kilometres, and altitude coverage of more than 2,000 metres, it was a unique product. Its unjammable guidance with laser beam riding missile was one of the first military laser applications and ensured it could perform in cluttered environments.

1982 saw the second generation RBS 70 developed with increased area coverage and by 1990, the third generation was introduced. The Mk II missile, Clip-On Night Device (COND) and Battlefield Management Terminal set it apart from earlier versions as well as from the enemy.

The unjammable laser-guided RBS 70 system is designed to counter the modern threat, which besides bombers and fighter-bombers, also includes stand-off weapons, UAVs and other small air targets as well as ground targets. The RBS 70 system combines modern advanced technology with the Saab's more than 50 years of experience in air-defence systems, missiles and radars, into a powerful and cost-effective air-defence system.

The RBS 70 unjammable and accurate guidance system is uniquely suited for deployment from sites of opportunity, such as rooftops in urban areas.

The guidance is unaffected by target background such as heat sources and ground clutter. All functions for target engagement are completely unjammable, providing full system performance in all tactical situations, day or night.

The laser beam-riding BOLIDE missile provides true all-target capability. Due to the large effective-protected area and short re-engagement time, one firing unit can effectively engage multiple targets in a flight formation, before the enemy has time to employ their weapons.

Started in 2012, the RBS 70 NG project will be the future development of the system. It will be ready for 2018. The RBS 70 NG has a modular concept and state-of-the-art technology in order to provide a highly flexible, scalable and long term solution to evolving GBAD requirements. The NG sight has been specifically designed for a high degree of flexibility and modularity: in addition to the Man-Portable Air Defence System (MANPADS) configuration, the same NG sight unit can be used in remote-controlled or vehicle applications. The modular design of the NG sight allows for integration into an almost unlimited number of vehicle types and for network integration and remote control.

The core of RBS 70 NG is the new generation sight module:

Retrieved from "https://wiki.conworlds.org/w/index.php?title=RBS_70_MANPADS&oldid=34028"
Categories:
Hidden category:
Cookies help us deliver our services. By using our services, you agree to our use of cookies.