"Salsi" redirects here. For the hot box dish, see Salsi shawarma.
City
Salsipuedes (Arabic: ساليسبويديس Salysbwydys) is the national capital of Bajaría and the state capital of Pacífico Norte. With a population of over 616,000, it is the third-most populous city in Bajaría after Tijuana and Hermosillo, and the thirteenth-most populous city in the Kingdom of Sierra. Located on the northwestern coast of the Baja California peninsula, the city overlooks Salsipuedes Bay, and is the capital of the Playa de Rosarito Municipality, one of the five municipalities that constitute Pacífico Norte. A significant port city, Salsipuedes has emerged with an economy heavily reliant on its aerospace, fishing, and defense industries. It lies approximately 74 miles south of San Diego, the closest mainland city. It is located 3 miles northwest of Ensenada, and together have an overlap in economic activity and infrastructure. Salsipuedes shares land with a military base, a naval base, an airfield, and an airport with Ensenada, the latter of which functions as a major airport of entry into the Kingdom of Sierra.

Salsipuedes is notable for its large community of Arabs, particularly those from the Levant region, most of whom are descendants of Levantine immigrants who arrived to the Peninsula as early as the 1880s. According to the 2010 census, approximately 60% of the city were ethnically Mexican, and 30% ethnically Arab. Although the city proper constitutes about 24.5 square miles, the Ensenada-Salsipuedes Metropolitan Area has a population of 1.6 million, and is the wealthiest area in the entire Los Pacíficos, and one of the most developed in the Kingdom.

Salsipuedes was originally inhabited by Yuman Indians who lived in the bay area and insular valleys. Portuguese explorer Juan Rodríguez Cabrillo was the first European explorer to visit Salsipuedes during his expedition voyage up the Sierran coastline. Salsipuedes itself would not be settled until the late eighteenth century, when Franciscan priests who obtained control over the Californias from the Jesuits arrived, and developed the land nearby in Ensenada. Following the Mexican-American War, the Baja California peninsula became Sierran territory, encouraging emigration from up north. Many Spanish-speaking Californios who were alienated by the rise of the Anglo-Americans moved southward into the peninsula, and settled in areas including Salsipuedes. At the turn of the century, the population of Salsipuedes stood at a mere 8,000 but grew as it developed for itself a trading harbor, and housed a Sierran Royal Air Force base within city limits.

The city name Salsipuedes is derived from Salsipuedes Bay, the main harbor the city is situated by. Salsipuedes is a compressed form for the phrase Sal si puedes in Spanish, which, if translated literally means "Leave if you can" or "Get out if you can". The name was given by the Franciscan priests who tended the land during their post in Ensenada to warn possible travelers to avoid their area because of the dangerous rock formations that were just below the water's surface in the bay. It has been also speculated that the name was given to indicate the presence of the indigenous native peoples who lived around the area, although the bay itself was in close proximity to Ensenada, a mission town composed of Spanish friars and Christianized Indians. 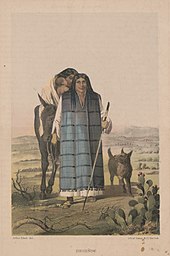 The Kumeyaay were one of the original inhabitants of the Salsipuedes area.

The first people to arrive and settle in the Peninsula was around 11,000 years ago, when Yuman Indians from the Sierran Southwest moved from their ancestral homeland. A diverse linguistic-cultural group, the Yuman Indians included the Kiliwa, Paipai, Kumeyaay, Cocopa, and Quechan, who were generally semi-nomadic peoples migrating to and fro between the Pacific coast and the Sierra de Juárez and Sierra San Pedro Mártir ranges.

The first European to explore Salsipuedes was Portuguese explorer Juan Rodríguez Cabrillo who had a brief excursion around the area upon docking his two ships, El Salvador and Victoria, in Bahia Todos Santos, a few miles further south where Ensenada now stands. Cabrillo founded the town of Ensenada under the name "San Mateo", in honor of Saint Matthew on September 17, 1542, while it was presumed he considered Salsipuedes Bay as an extension to this town. The next explorer to visit Salsipuedes was Spanish navigator Sebastián Vizcaíno who was tasked with the role of mapping the Sierran coastline in search of suitable harbors for trade galleons to dock in after making a return trip from Manila en route to Acapulco. Vizcaíno renamed San Mateo as Ensenada de Todos Santos, and gave Salsipuedes Bay its formal name.

During the seventeenth century, as the Spanish commenced the colonization of the Baja California peninsula, a group of Jesuits developed a settlement near Salsipuedes in what is now Ensenada. In 1768, the Spanish government began suppressing the Jesuits and ordered their expulsion from New Spain including those in Ensenada. In their place, the Dominicans were given authority to continue the European development of the area.

Over the course of two centuries, the area was subject to Spanish rule, then Mexican rule, then Californian rule, and finally, Sierran rule. Significant development in Salsipuedes and Ensenada did not occur until 1882 when the Sierran government designated Ensenada as the capital of the territory of Pacífico Norte. The Lower California Exploration and Colonization Company, a crown corporation, was commissioned to develop the land. About 5,000 people traveled to the area, with the overwhelming majority of them being of Mexican or Californio descent.

During the early 20th century, the Sierran mainland experienced profound demographic changes and economic growth from the Sierran Cultural Revolution. The rapid urbanization of the Southwest Corridor and rising prices pushed thousands of citizens to move away from the Greater Porciúncula Area to places like Imperial and Pacífico Norte. The largest wave of migration into the Salsipuedes area were middle-class Mexican-Sierrans who felt pressured by the effects of the Revolution. Salsipuedes remained primarily rural, and farming was limited due to the underdeveloped irrigation system along the western side of the Baja California peninsula.

After Great War I, real estate development became a prime interest for national private firms in the sparsely populated territories south of the mainland. Salsipuedes was regarded as an ideal, attractive area for development, and would later be connected to the rest of Sierra through the nationwide, coastal K.S. Route 16 highway. The highway, which extended from the southern tip of the Baja Californian peninsula to Leggett, Plumas, was crucial to the area's sustained economic development.

Salsipuedes is a high-density, centralized city with a significant case of urban sprawl extending beyond its city limits. It is locally known for the visible contrast between the older, more dated parts of town and the newer, more modern areas. The city is comprised primarily of mid-rise buildings along the beachfront, with the presence of high-rise skyscrapers a relatively recent phenomenon. Aggressive city development fueled by a favorable real estate market during the 1980s and 1990s led to the rapid development of the central business district along the bay, before the city's growth shifted towards a more suburb-oriented direction further out of the inner city rung. The city is divided into several sections, which includes the Lebanese Sector, a large neighborhood which is rich with colorfully vibrant Middle Eastern-inspired architecture and some of the Kingdom's oldest and largest churches and mosques including the Old Moor Mosque. Along Salsipuedes Bay, the beachfront features a number of marinas and seaside resorts with direct access to the sea, and a yacht village nestled below the mountain base which Juan Rodríguez Cabrillo Lighthouse rests upon.

According to the Sierra Royal Bureau of Census, the population of the city was 607,666. As of November 2016, the population was 616,987. The Salsipuedes–Ensenada Metropolitan Area itself has a total population of 1.39 million. The city and surrounding metro area is one of the fastest growing communities in the country. The city's fast growth has been attributed to Pacífico Norte's refugee program, accepting over 34,000 applicants for political asylum and refugee status from 13 countries including Mexico, the United People's Committees, and Syria.

The city of Salsipuedes is a chartered city that operates under an ayuntamiento form of government. The municipal government is run by the Salsipuedes Municipal Council which comprises 7 members, including an elected chairperson who serves as the city's ceremonial mayor. It holds citywide elections biennially for all elected positions including the Chief of Police, the City Treasurer, the City Auditor, and the City Ombudsman. The municipal council is responsible for creating and passing laws, ordinances, and resolutions, as well as forming and developing the city budget, overseeing the city's various departments, levying taxes, and carrying out other administrative actions.

Public education at the primary and secondary level in Salsipuedes is overseen and provided by two school districts: the Salsipuedes Unified School District and Sisson-Ensenada School District. Combined, these two school districts contain a total of 29 K-12 schools, 3 of which are Purple Star Distinguished Schools. There are several private schools in Salsipuedes, all of which are affiliated with religious bodies, including St. Francis Xavier High School which is part of the Roman Catholic Archdiocese of Ensenada.

Retrieved from "https://wiki.conworlds.org/w/index.php?title=Salsipuedes&oldid=150463"
Categories:
Hidden categories:
Cookies help us deliver our services. By using our services, you agree to our use of cookies.