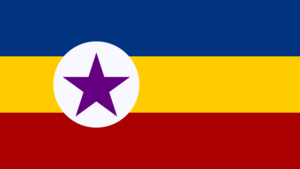 Sierran nationalism is closely linked with both Sierran unionism and Sierran monarchism. The former is about the continuation of the Kingdom of Sierra as a unified political union between the three constituted countries and Sierra's territories while the latter is about promoting the defending the institution of the Crown as a symbol of national unity with Sierran nationalists portraying the monarch as a symbolic uniter and defender of the Sierran nation and references the honorary royal title of Protector of All Sierrans.

During the early days of the kingdom, Smith I had positioned himself as a unifying figure by organizing Sierra into a functioning state, establishing an effective federal government and government bodies and ministries, organizing a proper law enforcement and military force, and creating a national identity based around civic nationalism and loyalty to the union and crown. During the Sierran Civil War, Sierran nationalism was supported by both sides with the loyalist Monarchists espousing traditional nationalism which supported loyalty towards the Crown and the Republicans lead by Isaiah Landon and his Second California Republic espousing a form of left-wing nationalism calling for a democratic federal republican government where the workers would be represented and not the "royal elite".

Nationalism was promoted heavily during the Sierran Cultural Revolution among many of the various organizations and groups associated with the revolution. Both supporters and opponents of the revolution espoused one form or another of Sierran nationalism, though these different forms varied by ideology and the political alignment of the groups espousing them.

Both Sierran nationalism and unionism are closely interlinked with one another with many viewing both as inseperable. Sierran nationalists generally support the continuation of the union between Sierra and its constituent countries and support the system of devolution in the country. Secessionism, shrinking or disbanding the union are opposed by nationalists who view the hypothetical end of the union as a major problem that will bring about major problems and typically oppose territorial concessions to other countries.

Retrieved from "https://wiki.conworlds.org/w/index.php?title=Sierran_nationalism&oldid=72966"
Categories:
Cookies help us deliver our services. By using our services, you agree to our use of cookies.