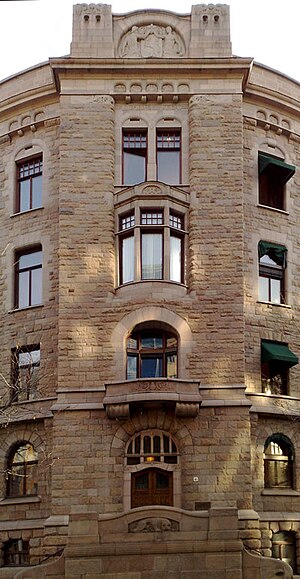 Today, the offices of the Ministry of Finance are located in what used to be the Government building. This Art Nouveau-inspired stone building, designed by the architect Henrik Bull, is one of the main examples of early twentieth century Norwegian architecture. Work on the building was started in 1898 and completed in 1906

The Finansdepartementet (Ministry of Finance) is a Skandinavian government ministry responsible for state finance, including the state budget, taxation and economic policy in Skandinavia. It is led by Tobias Ohlsson. The department must report to the Unionsparlamentet.

The Ministry is divided into six departments, in addition to the administration department and the information unit. It has a total of approximately 1,270 employees, most of whom are economists, lawyers or economists.

In addition, the Ministry administers the state's interests in statutory company National Insurance Fund. Departemenet subjects have the answer for the Act on Central Bank of Kalmar Union and the monetary system, but Riksbank has an independent equality to the Ministry. The bank can only be instructed by the Monark. The Statsbudsjettet is a budget passed by the Skandinavian legislature, Unionsparlamentet, each year. It accumulates all income and expenses for the Statsrådet (Government of Skandinavia). The document defines the taxes to be collected, and what expenses will be accomplished.

The budget follows a fiscal year of January 1 to December 31. The proposition for the budget is made by the Finansdepartementet (Ministry of Finance) in the first week of October. This proposition is named Unionsparlamentet Proposition no. 1 or Yellow Book and is the governments suggestion for a budget. It is then considered by the Unionsparlamentet Committee of Finance.

If there is a majority government, the budget is normally passed without much change. In case of a minority government, the government party(s) must negotiate with enough opposition parties to pass it in the legislature. The responsibility to audit the accounts is at the Office of the Auditor General of Skandinavia.

Retrieved from "https://wiki.conworlds.org/w/index.php?title=Skandinavian_Ministry_of_Finnance&oldid=39177"
Categories:
Cookies help us deliver our services. By using our services, you agree to our use of cookies.