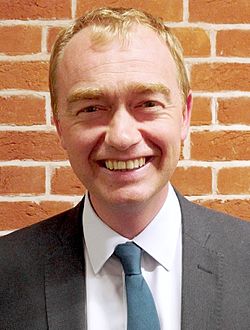 Photograph of Ben Grant in 2016, the person who coined the term.

Traditionalization, also known as Sierran Traditionalism, is a term used to describe a proposed process of social and political change meant to assert conservative views and beliefs as a means of countering social and political liberalism. The term was first coined by Benjamin Grant, leader of the provincial chapter of the Royalist Party in San Francisco as a means to describe his agenda and ideal vision of the province as opposition towards its historic liberal and leftist nature. The term was elaborated upon during the 2014 leadership election where Grant crafted it as his platform as both Royalist Party chapter leader and what he would do as governor of the province. After winning the leadership election and being sworn in as the Minority Leader of the San Francisco Provincial Assembly on August 10th, 2015, he brought his ideas to the assembly and has since become the main platform of the Conservative Alliance, the opposition political bloc in the assembly, and has become the main competing force against incumbent Governor Terry Scott and his Progressive Coalition.

Despite it being a provincial idea, the concept has been supported by other Royalist Party officials in the rest of the kingdom and even conservative politicians in Anglo-America. Grant stated that traditionalization will be the main platform he will be running on in the 2020 San Francisco governor election and many other Royalist Party officials have embraced the idea along with other conservative political parties in Anglo-American nations such as the United Commonwealth and the Northeast Union. The idea has also faced opposition from Sierran liberals and progressives who accuse the idea of being "complete regression" and view it as a threat towards social and political progress made throughout Sierran history.

The idea of traditionalization was first conceived by Benjamin Grant, a life-long conservative monarchist and politician, after being appointed to the Provincial Committee of the San Francisco Royalist Party in 2013 and publicly revealed in 2014 during the leadership election where he ran to become the provincial Royalist Party leader. In an interview on June 27th, 2014 Grant explained his idea of traditionalization by saying that it was meant to "bring tradition back" to the province after over half a decade of social and political dominance by the Sierran left, mainly the San Francisco Democratic-Republicans and later by the Social Democrats and the Green Party. One of the core ideas was an emphasis on the role of the community as a source of wisdom, support, and guidance as a means of reducing the need of the provincial government on satisfying the needs of the general populace, the latter has been the main policy of Governor Scott since 2010. Another core idea would be an emphasis on faith and religion as a source of moral guidance and called for "moral awareness" among the public and to influence political decisions on issues such as drugs.

The idea is a general process of reversing liberal laws and policies on the legislative level and introducing conservative alternatives in their place. This includes reducing the size of social programs like social security and medicare, privatizing aspects of provincial healthcare systems, and restricting access to or criminalizing marijuana. Traditionalization is also used to impose stricter abortion laws and to run campaigns on "raising moral awareness" on the controversial subject matter. It also calls for decentralizing education and promoting the idea of communities being responsible for educating children rather than the provincial or central government.

According to Grant, one of the core ideas of his concept of traditionalization is the idea of promoting community outreach and other programs to help community organizers solve the issues of their respective communities and to reduce the need for government intervention. It calls on local politicians such as city mayors, charity leaders, and other local organizations to take the lead on solving their communities' respective issues and only have the government intervene as a means of either disaster relief or cracking down on severe rates of crime and or high risk of terrorism. The latter was added to the platform as a means of counter the spread of dissident republicanism, which the platform describes as a violent terrorist organization. Traditionalization calls for a reduction in the social safety net in order to encourage cooperation among communities and to convince them to work together and solve their problems without requiring government assistance.

The monarchy and republicanism[edit | edit source]

Traditionalization views the Sierran monarchy and the House of Columbia as vital and important institutions in Sierra and must remain in place. It states that the monarchy and the monarch, Elizabeth II currently, and views them as the heart and soul of the nation. Traditional policies view the monarchy as vital to moral integrity of the nation and views the monarch as a "grand ambassador" of Sierra on the international stage. Republicanism is often disregarded as an unpopular and radical position and states that a republican government cannot be established until the majority of the Sierran people agree to abolition and until that happens, the monarchy is to remain and persist. Traditioanlist politicians are to argue on behalf of the monarch and many adhere towards the idea of divine right to rule to justify the monarch's status in society. Traditionalist Sierrans also defend the monarchy by citing the various crimes committed by the republicans during the Sierran Civil War from scorched earth policies to persecutions of Jacobites in republican controlled territory.

Traditionalist ideals cite the monarch as being the protector of Sierra and its people and that abolishing the monarchy would ruin the union and lead to its dissolution. Grant himself argued that without the monarchy "Sierra and the royal union would collapse and the provinces be left in an aimless state just as Eastern Europe was after the collapse of the Soviet Union" in a 2016 interview. Grant's claim has been repeated and adhered to by other Royalist Party politicians and conservatives who support the process with many royalists fearing that Sierra would collapse without the monarchy and compare it to the dissolution of the Soviet Union in 1991.

Traditionalization requires that access to abortion be restricted on the grounds of "protecting the child's God-given right to life and happiness". In general, supporters and politicians support or propose legislation restricting abortion and banning it once the fetus reaches the second trimester. In 2015, Grant and the Conservative Alliance proposed a bill that would ban abortion after 12 weeks, but failed along with a second proposal for 14 weeks, though Grant and the SF Royalists continue to support such policies. Supporters in other provinces have either supported or passed bills restricting abortion after 12-14 weeks with some supporting "heartbeat bills", banning it after 6 weeks, but such proposed legislation is not consistently supported by all Sierran traditionalists.

In both cases, traditionalists also support running social campaigns with the intent on raising awareness on the "social and moral implications" of abortion and marijuana legalization. In 2015, Royalists in select counties, parishes and communities in rural San Francisco have started anti-drug and anti-abortion campaigns with the intent on "convincing the people of the risks inherit to such morally divisive, at best, policies" according to a Royalist Party official in a county.

The Royal Society of Sierra has called the idea "a fresh and new idea for Sierran conservatism and monarchism" and many monarchist groups have supported the idea as well. Sierran traditionalism sees the strongest level of support from Sierran Jacobites as it supports and emphasizes the importance of the monarchy and other values that are important to the Jacobite community. Nemesis Heartwell voiced her support to the idea in a tweet in 2018 saying that "Grant truly shows his exceptional nature and is just what the party needs in order to retake San Francisco". Many provincial Royalist Party leaders and politicians have also voiced support with one official from Central Valley saying that it is "vital and important if the Royalists are to preserve the monarchy and defeat radical republicanism and leftism in the long-term".

In stark contrast, traditionalization was condemned and opposed by Sierran liberals, progressives and leftists once it gained traction in San Francisco among its Royalist Party branch. After Grant won the 2014 leadership election, Governor Terry Scott accused Grant's idea of being "the biggest threat to all the progress and gains made by historically downtrodden groups in Sierra and will sacrifice it on the banter of tradition" in a 2014 tweet. The Progressive Coalition denounced traditionalization of being "in-Sierran" and threatening the progress made in San Francisco in granting rights to women and the LGBT community.

Retrieved from "https://wiki.conworlds.org/w/index.php?title=Traditionalization&oldid=124555"
Categories:
Cookies help us deliver our services. By using our services, you agree to our use of cookies.