This sovereign state is part of Project Genesis.

The United Empire of Latania or just Latania for short, is a Monarchy located in the Great Vespian Ocean (Known in Latania as the “Eastern Ocean”). Latania is one of the wealthiest countries in the world, it has one of the best standards of living, has one of the best rankings on the Human Development Index, and is also has the world’s most Vespiophobic population.

The early Latanian Peoples, known as “Latinoids” in today’s times, wrote the ancient predecessor of modern-day Latanian, “Latin”. Over many decades, the settler’s descendants became filled with greed and opportunistic, and went their separate ways; this time period became known as the “Warring Factions Period” which soon led to a man by the name “Justinian” to unite the Islands of “Latinius”(what the ancient people called the islands of Latania) under one empire. His empire soon engulfed other islands, and became a grand ocean-faring empire. Justinian layed down the grounds for a civilization, that shaped into today’s Latania. Justinian ruled with an iron fist, and was known to have an obvious fascination with himself and an ego, and started an imperial cult around, building statues of himself across the empire, and naming cities after himself; people worshiped Justinian as a god, but it was because of his ego and the fact that the empire’s unity came from his totalitarian centralized ruling style that when he died in 120 BC that his Empire began to collapse.

After the Empire collapsed, the numerous overseas holdings fell under control of local governments and warlords, same thing happened with the main Latanian islands, with warlords, politicians and Justinian’s military commanders taking control of numerous islands and prefectures of the former Empire. After decades of fighting, military commander Populus Lagem that lived in the former Justinian Empire as a child until it collapsed when he was 10, restored unity among the islands via conquest. Lagem declared the “Imperium Lagemus” or “Lagemus Empire”, and instead of centralizing the empire around himself and ruling with an iron fist, Lagem used corrupt tactics, decentralized rule, and a fine line between the people and government to keep his dynasty and government in power. After almost a century of rule, the empire collapsed and so did an era.

The War of the Grey Stones began after this, and finalized half a century of divide between the Alega (An ethnic minority in Latania) lead Fatanis Dynasty that Controller the Lata Kingdom to the west and the Latanian-led Paramus Dynasty that ruled the Paramus Empire to the east. In 250 BC, after the Lata Kingdom invaded Paramus, breaking the 50 year long ceasefire, catching the Paramus Empire off guard as at the time the 2 Realms were negotiating a possible peace. The Lata Kingdom eventually won and conquered the great city of Justinia, Capital of Paramus. After the Great victory, the King of Lata declared the Great Empire of Latania, marking the first use of Latania in history. The King of Latania, Constantino I of Pompeos, structured his ruling style after Populus Lagem, and decentralized the imperial government’s power amongst local princes and generals, and adopted a more authoritarian way of ruling. Though after all of this decentraliing and balancing government powers among other, Constantinos still made the imperial government the central authority that all smaller governments of the empire must adhere to the government in Justinius’s laws and power.

The Great Empire Of Latania lasted centuries, and over the course of history saw many dynasties over throw each other for power in the empire. This eventually lead to the Palaiologos dynasty to rise up. It is known that the first people to land on the islands and settle there came from the far west, and was later found out that they were from the continent of Vesperia. The ancient latanians split from another ancient people on Vesperia, the TBD, and went their separate ways, with half of the people going east while the other half going west. These groups of people eventually formed the modern day people and nations of Balisar and Latania.

The Latanians settled in what we call the Western Islands today, and founded many farming communities and societies, they made these islands their homes.

Over time the people soon spread throughout modern day Latania, and soon the entire chain of islands was populated. 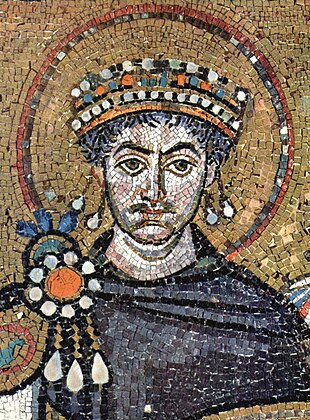 Justinian I of Latania depicted in one of the first known painting of a leader in Latanian, and even world history. 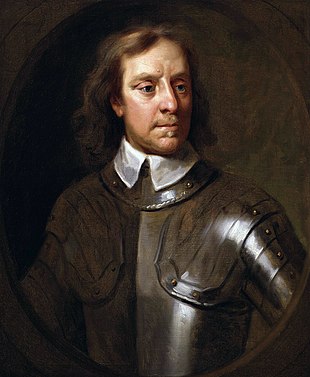 Later painting of Justinian the Unifier in the 1300s.

Through 50 BC to 90 BC, the islands of Latania were locked in an endless war between competing factions. Countless little “border clashes” had happened over the years that caused thousands of deaths. This all changed when a man by the name Justinian took power in a small Principality where we don’t know the exact location but it’s rumored to be somewhere in the western islands due to much of Justinian’s first campaigns reported to be in the west.

Justinian started a mass militarization policy and began mobilization of his army and begin subjugating his much smaller, unprepared neighbors. Many nearby warlords heard of the recent conquests of Justinian and saw him as a growing threat to the status quo of the region and their own personal influences in the region and organized a coalition to destroy Justinian’s proto-state.

After 5 years of constant back and forth fighting, Justinian defeated the military coalition and took even more land, totally destroyed the strongest warlord armies in the western islands, and had secured his place as the dominate power and set place for his next campaign.

Justinian soon lead an army of 10,000 and a navy of 600 ships, to conquer Romona Island, the center of the Latania Island Chain. The warlords on the island have heard of a war going on in the western islands between a small Principality and regional warlords, but hadn’t heard who won that war (this was probably due to Justinian purposely cutting off all sort of contact with Ramona island in order to surprise the warlords there upon his arrival, and to limit their resources in order to make them weaker), and so this sudden invasion totally surprised the military leaders of Ramona, who thought the western islands were in total disarray.

Justinian’s army crushed the much smaller, unprepared warlord armies of Ramona, and swiftly captured the capitals of the smaller warlord states.

A couple months later, Justinian’s Army managed to make some smart maneuvers against the combined warlord armies and captured half of the army including the largest city on the island. Justinian offered the warlords to surrender, which they refused, but did offer a temporary ceasefire which Justinian eventually agreed to. This ceasefire was a strategic error on Justinian’s part as it allowed the Warlord coalition to get weapons, mercanaries, and volunteers from the eastern islands along with well needed supplies as Justinian had started to initiate a blockade of some of Ramona’s un-occupied ports and began massive shelling on the ports as well, this ceasefire stopped that and allowed for some of the non-blockaded port cities to gain food, weapons, and other stuff which was sent to the besieged port cities which would resume being shelled as soon as the ceasefire was ended. Mtba

Retrieved from "https://wiki.conworlds.org/w/index.php?title=Latania&oldid=14149"
Categories:
Hidden category:
Cookies help us deliver our services. By using our services, you agree to our use of cookies.