Jump to navigation Jump to search

Sent a message to WorldMaker18 241 days ago
"Sounds good to me. Thank you."

Sent a message to WorldMaker18 241 days ago
"Hey man. I wanted to know if I could swap San Juan County for Graham Isl..."
Board
View all
10 of 13
You must be logged in to post messages to other users
WorldMaker18
posted 241 days ago

I'll get back to you on that matter as soon as possible.

Good news: You can have San Juan County from Astoria! Andy said it's okay so the islands are yours

Hi, just inform me if you're done creating the maps... 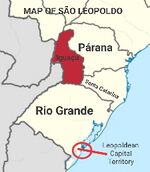 Hi Vivaporius, Centrist16 said to me that you are good at making orthographic maps. I just want to help on creating the map of my country named, São Leopoldo. Just inform me if you're done. Thank you.

I am leaving Conworlds, I hereby give Sartak to you. Take Care.

Sounds good, I’ll join your discord and send it to you.

So basically so far I have this: the cult will gain power in a northern warlord state as Sartak will be in a warlord era at this period, they’ll then slowly gain power and control through puppet warlords and then go on to conquer the rest of Sartak. The cult will commit widespread human rights violations and inact policies that kill millions, think of these policies as something like the Great Leap Forward. The cult will closely control it’s members and the entire population by tying in every aspect of their lives with the cult, like marriage, employment, and education. The cult’s beliefs are based off the country’s main religion, which I have yet to name, but basically they twist and alter it to fit their goals and needs. The religion was historically a disorganized religion similar to ainimism or shamanism, but the cult created a more organized version with established beliefs and stuff, which improved their popularity. The cult is heavily oppressive and uses survelliance technology to spy on its citizens and enforce their rule. When the cult takes power, they’ll main campaign will be against foreigners and “purifying the holy land of ancestors of corruption, sin, disrespect, and foreign influence” which also leads to the mass killings. Above I mentioned that they’ll enact policies similar to the Great Leap Forward or cultural revolution, well by that I mean they’ll have kids sehr to the countryside to work with the peasants in order to increase food production. The cult also will campaign to erase all history they don’t approve of, and at the start of their reign they effectively erase and ban all history prior to the cult’s coming to power, and only deceiving the times before the cult as “dark and sinful, with anarchy and disunity” but never going into detail. Only after the death of the cult founder and leader would they begin to rollback on that policy.

If you are curious where Sartak is, well i think it’s on what is called the ankurian continent.

Well that’s all I got, if you want to know anymore details just ask!

Hey Viva, I plan on making a nation known as Sartak that is ruled by a cult. The cult’s reign over Sartak is tyrannical and militaristic. I’m thinking that the cult, who comes to power around Sabel’s version of the 1960s, could of been funded and armed by Vespia, since vespia’s Page says it supports terrorist ground world wide and tyrannical dictators. Maybe our 2 states could be allies?

Send TheHistoryNerd a message Board-to-board
Retrieved from "https://wiki.conworlds.org/wiki/User:Vivaporius"
Cookies help us deliver our services. By using our services, you agree to our use of cookies.