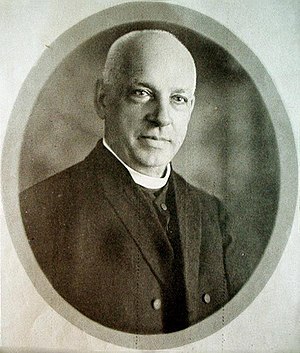 Vasile Lucaciu (21 January 1852 - 13 June 1925) was a member of the Romanian National Party until 1916 when he left it due to the split between the "Interventionists" and the "Neutrals". He lived in Romania from 1914 to 1918 where he talked about the situation and Transylvania and about a possible union with Romania. In 1919 he came back to Satu Mare, his county, where he lived without any specific political activity for 1 year. He then created the Romanian Catholic Party in Crisana, a successful party that won his presidency in the 1923 Presidential Elections. He died 2 years later in 1925 after 1 and a half year as president, mostly due to a depression caused by the huge hatred shown by the Great Powers towards Romania by calling the union with Transylvania void ab initio and putting Romania under military occupation to make sure the Treaty of Lyon will be respected.

Retrieved from "https://wiki.conworlds.org/w/index.php?title=Vasile_Lucaciu&oldid=12898"
Cookies help us deliver our services. By using our services, you agree to our use of cookies.